Although born in Chiba near Tokyo, Ayuki was brought up in Japan’s city of commerce and the capital’s nearest rival, Osaka, which she still considers her home town. From an early age she wanted to work in an international environment, an interest that spurred her on after graduating from high school to pursue English language studies at Sophia Junior College in Tokyo.

While at college Ayuki made her first trip overseas to Western Europe. She travelled through France, Germany, Switzerland and Holland before completing her trip in England, where she studied English in Stratford-upon-Avon. Struck by the travel bug, the following year Ayuki made a four-week foray through Eastern Europe. This was still during the time of the Soviet Union and Cold War and she was very surprised to learn first-hand how friendly and generous everyone was to her. She fondly recalls many people helping her look for and find a contact lens she had dropped on a Bucharest street. Amongst the Eastern-bloc countries, she developed a particular affection for the people of Hungary with their relaxed attitude, enjoyment of life and also skilled embroidery work.

After completing her studies at Sophia, Ayuki initially began her career at Sony in Tokyo. Soon after, however, she took up the offer to work at a British airline, where she has worked as a member of the cabin crew ever since.

For both work and pleasure, Ayuki has travelled to more than 50 countries as well as Antarctica. She found Uzbekistan, Romania and Pakistan very enjoyable destinations, not least because Japanese people seemed to be a great curiosity for the locals. Romanians, in particular, were always very friendly, ready to invite her into their house for refreshments and to try on their traditional costumes.

An avid hiker, Ayuki has undertaken some tough trails including Tour du Mont Blanc in the French/Swiss Alps and Milford Track in New Zealand. She has also climbed many other mountains in the French and Swiss Alps, and throughout the Japanese archipelago. For more leisurely forays she enjoys strolling around Tokyo and exploring its myriad neighbourhoods.

Ayuki still flies regularly between Tokyo and London. On her time off she leads tours for Walk Japan, which she joined in 2015. 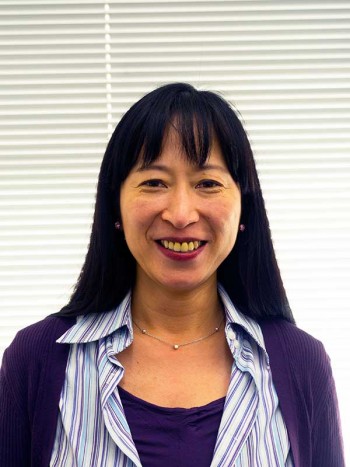