After graduating with a degree in microbiology from Osaka University Chiaki studied psychology and counselling for three years at the Graduate College, Western Michigan University in Kalamazoo. While there she was introduced to the concept of voluntary activities in the community by her host family; and to the influence of religion on lifestyle and ways of thinking by a fellow overseas student. Both these ideas were very different to the ways of life and thinking Chiaki was familiar with in Japan. Inspired, she participated in off-campus activities in the local community including introducing Japanese culture to school students and working with psychiatric patients to help resolve their issues.

After her life in Osaka, Japan’s second largest city, small-town USA was a very different experience but she quickly came to feel comfortable with and enjoy it. 12 months followed as an intern at a counselling centre in San Francisco. During this period she visited the site of a Japanese American internment camp and made friends among Chinese and Asian American communities whose families had escaped to the USA from areas occupied by the Japanese. Both experiences made a deep impression on Chiaki and provided her for the first time with an historical perspective on Japan’s relationship with Asia.

Chiaki's subsequent career was in the media and included work as researcher and coordinator, both as a freelancer and regular member of staff, at the Tokyo bureau of the Los Angeles Times. She travelled the length and breadth of Japan for her work, allowing her to meet a great diversity of fellow Japanese and gain great insights into her own country and countrymen.

Chiaki makes her home with her husband in Tokyo. She enjoys travelling to Asia, and since the 1980s when she first went there and became fascinated by the region’s similarities and diversities, takes every opportunity to visit. In her spare time Chiaki practices Tai Chi and Yoga, and studies the Chinese language. She also enjoys cooking spicy Indian food at home. Chiaki joined Walk Japan in 2014. 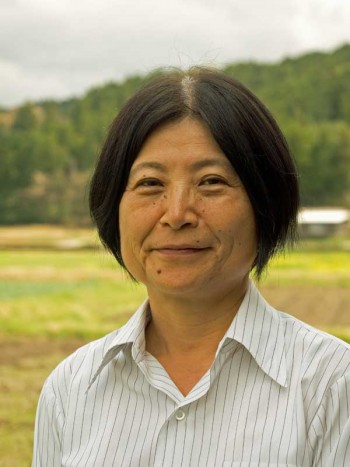