Giorgio, an Italian hailing from Venice, decided to study Japanese after learning about Japan through an eight-year long pen-pal friendship. From the age of 12 years the two would, without fail, send each other letters every month describing in detail their respective countries.

While pursuing Japanese Studies at the School of Oriental and Asian Studies, University of London, an exchange year gave him the opportunity that first brought him to Japan. Further enamoured with the country, Giorgio was determined to return after graduating.

Initially, he found work as an English language tutor and over the following six months travelled all over Japan to schools in rural areas. The experience, he says, was an eye-opener as to how the education system and wider society functions in Japan. Although leading a very peripatetic lifestyle, Giorgio did manage to find some stability with a Japanese family, who befriended him and always opened their home to him when he was back in the Tokyo region.

The opportunity to live much less frenetically when he was asked by his employers to recruit English teachers from the UK, USA, Canada and Australia to work in Japan. Now firmly based in Tokyo, he was able to pursue his interest, contrarily, in exploring Japan. At his own pace he has since travelled the length and breadth of the nation.

In his free time, Giorgio enjoys cooking, particularly Italian and Japanese cuisine, for friends. He also continues to search for his old pen-pal, who he lost contact with before ever meeting.

Giorgio joined Walk Japan as a Tour Leader in 2015. Since 2017, he has also undertaken the role of Walk Japan's Tour Operations Manager. 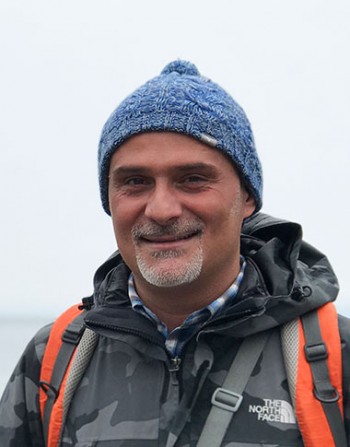