Joshua, a native of Waterville in Maine, USA, was first introduced to Japanese culture at the age of seven when a family friend returned from Kyoto. The friend had spent a year studying Zen Buddhism and Kendo and his photographs of Japan proved exotic to Joshua, sparking his interest in the country. He subsequently read the novel Shogun, made visits to the Japanese garden at the Abby Rockefeller Garden, and began practicing Karate.

Zen Buddhism became the focus of his interest while in high school and during his senior year he attended an intensive Japanese Language course at nearby Colby College. Soon after he made his first visit to Japan, a three-year sojourn, to further his language studies in Kyoto. He also began practicing Zazen meditation, took up sumie ink painting and started playing the shakuhachi flute.

For the final year of his stay he decided to immerse himself more fully in everyday life. He discontinued his formal Japanese studies to work in a bicycle shop in Osaka maintaining and selling bicycles and corresponding with overseas suppliers.

Aged 21, Joshua returned briefly to Maine before setting out on a road journey across country to San Francisco. Here he was apprenticed under an architect for two years soliciting bids from contractors, wrangling with zoning boards, and occasionally helping to design buildings. However, wearying of the long hours at a desk, he resigned to join a tree care company. But the urge to travel again did not stay abated for long and he set out for South America, ending up in Argentina.

Joshua settled into Buenos Aires and found work utilising his language skills and experience importing bicycles at a major Japanese trading company, where he managed export-import finance and researched new business opportunities, including a large-scale forestation project. This job as the archetypal sarariman, a Japanese white-collar worker, not only deepened Joshua’s perspective on Japanese society it also satisfied his thirst for travel by sending him all over Argentina and on to other Latin America countries. Brazil held a particular fascination and he began studies in the Portuguese language, Afro-Brazilian dance and Capoeira martial arts. Joshua spent six years in South America, the last three months backpacking through Argentina, Uruguay, Bolivia, Peru, and Chile.

Joshua returned to San Francisco in 2001, finding employment at another tree care company where he became a certified arborist. When he was not caring for trees, he studied dance and Noh Theatre. Joshua also found time to take people sailing around San Francisco Bay on his 39ft. cutter, a fast yacht that also served as his home for four years. Eventually he took over the company and managed it until he and his wife, a Tokyo native, decided to move back to Japan in September of 2016.

They now live together in a traditional machiya town house in Gujo Hachiman, an Edo-era castle town in the mountains of central Japan. Joshua avidly participates in the local festivals, visits nearby shrines, and practices Zazen at the local temple. He also travels to Tokyo regularly to continue his studies of Noh theatre. His other interests include mountain climbing, sailing, literature, history, classic cinema and photography. Besides leading tours, he also makes a living as a freelance filmmaker and writer.

Joshua joined Walk Japan as a Tour Leader in 2017. 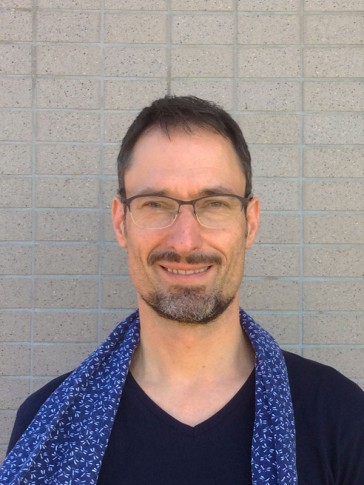