Kaho was born in Kyoto but raised on the rural, Noto Peninsula on the Sea of Japan coast in Ishikawa Prefecture. She travelled abroad for the first time at the age of 17 on a student exchange program to the USA. Kaho stayed in Tonawanda near Niagara Falls in New York State and the experience left her with a desire to see more of the world and experience other cultures. Since then, she has travelled to all continents except Antarctica.

Although Kaho studied Linguistics at the Kyoto University of Foreign Studies, she returned to the Noto Peninsula to begin her career at an accounting firm. However, her university studies came in useful when she volunteered in her free time to teach the Japanese language to local children and overseas visitors. In 2013, after eight years in accounting, Kaho decided to change careers and began working at The International Youth Exchange Organization of Japan helping Japanese and non-Japanese young adults as a program administrator, interpreter and co-ordinator. This work, taking her to South-east Asia, Micronesia and the Dominican Republic, allowed her once again to indulge her love of travel.

Kaho is a practitioner of chado, the Japanese tea ceremony, which her grandmother first introduced her to. Under her influence, Kaho also grew up with a broad interest in Japan’s traditional culture and is known to enjoy wearing kimono, and visiting temples and shrines. In 2015, she moved from Ishikawa to her grandparents’ old home in Kyoto to pursue further her cultural interests and begin training to be a tour guide.

Kaho loves cooking and relaxing on her rooftop deck, from where she enjoys the seasonal views over Kyoto to Mt. Hiei. She is very active and is often to be found either jogging, practicing yoga, swimming, cycling, hiking, scuba diving, surfing, skiing, or snowboarding.

Kaho joined Walk Japan as a Tour Leader in 2016. 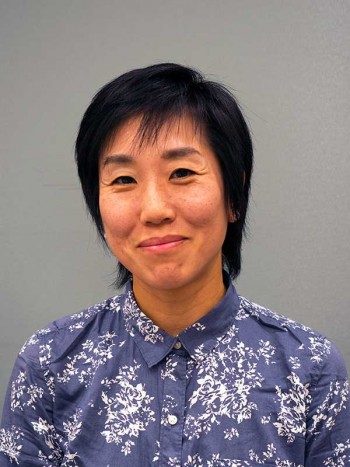