Nami was born and brought up in Osaka and graduated in Hispanic Studies from Kansai University of Foreign Studies in 1996. While an undergraduate, Nami spent a year at the University of Guadalajara in Mexico. Her initial shock at the local culture, so outgoing and flamboyant compared to the Japanese one she had grown up in, soon gave way to excitement and enjoyment. Besides pursuing her studies, she took also up and was entranced by the local, traditional dancing.

She was also inspired by her time in Mexico to develop interests in cultural, social and sustainability issues. After graduating, began her career at an NPO promoting peace and sustainability. Her work as a study tour co-ordinator allowed her to visit more than 40 cities in 20 countries over seven years.

Having gained a great deal of practical experience of sustainability issues, Nami decided to build on this by moving to the Netherlands where she obtained a M.A. in Development Studies at the International Institute of Social Studies of Erasmus University Rotterdam in The Hague. Subsequently, Nami moved to Amsterdam, where she worked as a campaign co-ordinator for an NGO focusing on environmental issues.

In 2008, Nami fulfilled a long held desire to live the rural life when she moved to Keihoku in the mountainous countryside north of Kyoto. Here she is raising her family in a traditional farmhouse and enjoys tending her rice paddies and vegetable garden. Besides providing fresh food for her family’s table, she also finds the process of growing her own food meditative.

Nami likes nothing better than using the products of her labours whilst exploring new Japanese and international recipes to create dishes for the enjoyment of her family, neighbours and friends. Nami joined Walk Japan as a tour leader in 2015 specialising in her hometown, Kyoto. 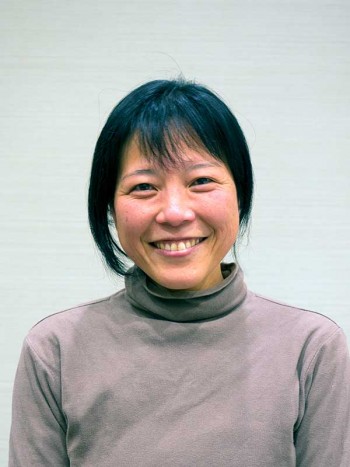