Toru, a sports fan who was born and raised in Tokyo, began playing soccer and rugby as a young child and, as a member of his high school and university teams, began travelling around Japan. At the age of nineteen he made his first trip overseas to San Diego to study English and while there also ventured across the Mexican border to Tijuana. Wanting to repeat the excitement of this journey abroad, Toru spent the next ten years exploring America, Europe, Africa and Asia.After graduating in American Literature and International Management from Tamagawa University in 1994, Toru joined Club Med as an entertainer working at resorts in Malaysia and Thailand. Subsequently, an interest in Native American history lead him to Seattle, where he spent a year with a local tribe hiking through their reserves, learning about the world through their philosophy, attending campfire ceremonies, and partaking in their storytelling.In 1997, Toru journeyed to Germany, where he lived and worked for eight years among other things as a sushi chef. He settled in Munich, where also he took on the management of a Japanese-style bar and the editorship of Subculture, a dual-language Japanese-German magazine popular with hipster Berliners. Throughout his time in Germany, Toru indulged his passion for travel by journeying around Europe, especially the east including the Czech Republic, Slovakia, Poland, Hungary and Serbia. After returning to Japan in 2005, while collaborating with a Serbian visual media artist on an interactive installation and performance project in Fukuoka, Toru was approached by a major international mountain sportswear company to collaborate on a project allowing Japanese children to explore nature through trekking, camping and art workshops. To date, Toru has now worked with nearly 30,000 children as an art facilitator on this project.Backed by the same company, in 2011, following the disastrous earthquakes and tsunamis that devastated the coastal areas of Japan's Tohoku region, Toru began regular runs there from Tokyo taking essential supplies, and, in 2012, he launched 311 Kids Support, a project based in Okinawa offering respite for the children of Tohoku. More than 3,000 children, who have been affected by the tragic events, have visited the project’s recuperation facility, a calm environment in beautiful surroundings. Amongst other activities, Toru leads the children on trips swimming with dolphinsIn 2016, Toru started his own organisation introducing young children to the natural world by offering activities such as art workshops, caravan trips, storytelling and campfire ceremonies to give youngsters the opportunity to discover the value of nature while understanding and appreciating their own strengths. In future, he hopes to expand the project to include adults from both Japan and overseas.

When not travelling around Japan for his various projects or leading tours, Toru is to be found at home in Tokyo with his family. He joined Walk Japan as a Tour Leader in 2017. 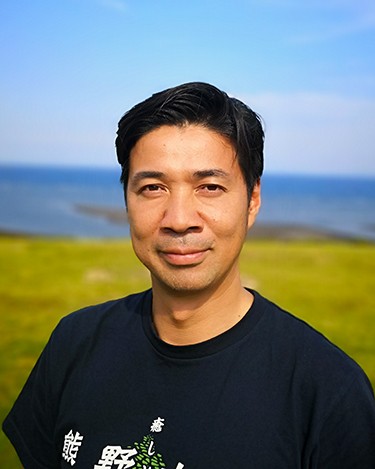