Maya was born in Tokyo and grew up in neighbouring Yokohama. Her family moved to Marin County in California when she was five, so that her parents could continue their studies and also allow their children to experience American life and culture. During the three years she spent in the USA, Maya became fluent in English, to the extent that she almost completely forgot how to speak her native tongue.

Returning to Yokohama, Maya initially found it difficult to re-adapt to Japanese society. Having been taught in America to express her opinions freely, she says it was challenging to have to prioritise group harmony. However, it was this dichotomy that first awakened her interest in different societies and cultures. She kept up her English by attending a Saturday school and exchanging letters with an American pen pal. At the age of 11 she joined her school’s pottery club, which began her enduring fascination with handicrafts, and made her first solo trip overseas, returning to visit friends in California.

A keen interest in the natural environment led Maya to study Forest and Biomaterial Science at Kyoto University. On the weekends, she frequently made forays into the countryside on hiking and cycling trips, and spent her vacations backpacking through Asia and Europe. After graduating, she returned to Tokyo and started her career in the accounting department of one of Japan’s biggest paper manufacturing companies. However, she soon realised that spending her days in front of a computer screen, surrounded by high buildings, did not hold a future for her. After eighteen months, she decided to move to the Yamanashi, a rural prefecture west of Tokyo, where she found work with a non-profit organisation, learned how to grow food, build huts, work with horses and hunt.

In 2016, to help satisfy a growing interest in the different ways people around the world live, Maya left on an 11,000km bicycle trip from Vancouver to Tierra del Fuego. It took 12 months to complete her adventure and throughout she was moved by the kindness continuously shown to her by many who she crossed paths with. She was also impressed by the zest for life of both locals and fellow travellers, and the pride they held in their origins prompted her to a greater interest in Japan. The trip also gave Maya the opportunity to learn more about handicrafts and, she says, was particularly drawn to the hand-dyed textiles of Peru.

After returning home and inspired by her experiences abroad, Maya continued cycling on a 4,000km trip through 31 of Japan’s 47 prefectures. The journey helped satisfy her newly found curiosity about her own country, its culture, traditions, landscape and handicrafts. She also began to notice the efforts many Japanese were making to perpetuate their heritage and share it with others, which inspired her to share her discoveries with visitors to Japan.

Maya has returned to live in Yokohama, where in her free time she enjoys Japanese crafts such as takezaiku bamboo weaving, needlework and natural indigo dyeing. She likes to relax by playing the drums and acoustic guitar.

Maya joined Walk Japan as a Tour Leader in 2019. 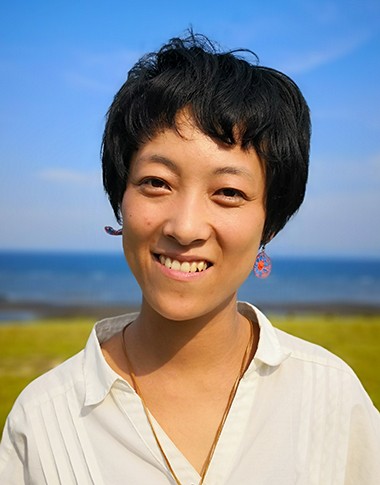