A ten year resident of Tokyo, Paul has spent much of that time exploring its small neighborhoods and side streets, searching for the next hidden treasure - perhaps a small izakaya restaurant under the rail tracks or a corner shop specializing in traditional festival clothing - and anything that brings Tokyo's beauty to light.

Along the way, he found a passion for Tokyo's history and development, with a special focus on daily life in Edo. Lurking just below the surface of Tokyo, Edo is still alive and well, and Paul's tours are an entertaining, humorous, and informative journey through the centuries that let you feel what it was like to live in old Japan.

Paul is a collaborative researcher at Meiji University in Tokyo working on a project focusing on the society and culture of Asakusa. His work on the project has made him an expert on the history of the kabuki district of Edo, the development of Edo's fire brigades, and traditional Japanese hairstyles and combs.

In a prior incarnation, Paul was a salaryman at a Japanese real estate company for five years. Paul joined Walk Japan in 2011 and when not on tour or researching another area of Tokyo he enjoys spending his time off traveling to onsen and spending time with his family. 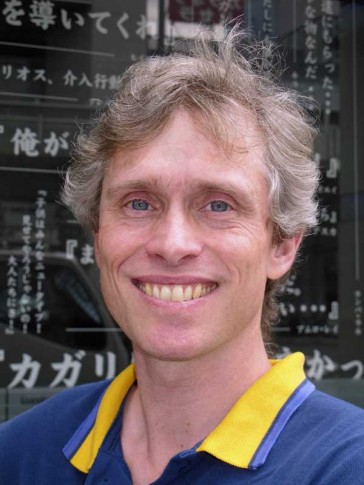