Ted's interests in Zen buddhism and Aikido, an original martial art of Japan, first led him to visit Japan in 1994. He settled into the countryside of Tottori, a remote prefecture on the Sea of Japan coast and for the following eleven years Ted set about his studies. His interest in martial arts expanded to Iaido, swordsmanship, and Kyudo, archery, while his Zen practice was supplemented with training in Shugendo, an esoteric religion associated with itinerant monks.

Originally a drummer and percussionist, Ted pursed his musical interests in Japan by taking up Taiko drumming and the Shakuhachi flute. As an occasional itinerant musician, he has performed throughout Japan. When not playing his music Ted can often be found walking Japan’s old roads for pleasure. He has completed the entire 544km Nakasendo Way, the 1,200km Shikoku Henro 88 Temple Trail and the Kumano Kodo Pilgrimage.

Besides leading tours, Ted is also a writer and contributing editor to the Kyoto Journal. His published work includes the anthology Deep Kyoto Walks.

Ted joined Walk Japan as a tour leader in 2012. 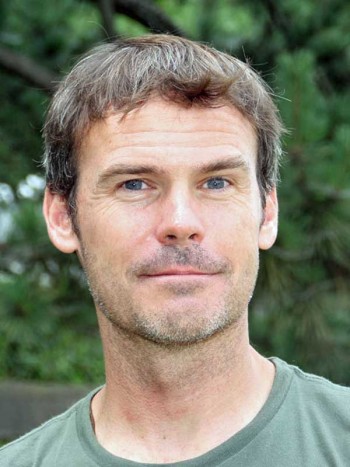