A native of Oita in Kyushu, west Japan, Tetsuo began travelling overseas soon after graduating from high school. He went to the USA, firstly Florida to study English before moving on to California, where he attended Glendale Community College.

Although he majored in Broadcasting and Mass Communications, Tetsuo began his career in 1995 as a dolphin swimming guide in Oahu, Hawaii. For 18 months he made his home on the beach with a local Hawaiian family and spent almost every day in the water either swimming with wild dolphins for his job or surfing for pleasure. He says this experience first made him fully aware of the beauty in nature. Subsequently, he set off for Asia where he trekked to Annapurna base camp in Nepal and surfed in South India, Indonesia and Sri Lanka. A one year working holiday followed in Noosa, Australia, which allowed him to follow his passion for surfing and also take up scuba diving.

Baja, Mexico beckoned next and, after gaining his PADI Dive Master licence, Tetsuo worked as scuba diving guide. Finally, after seven years living peripatetically, he eventually returned home to Japan in 2002 and found work as a English/Japanese medical translator and also as a writer/photographer for the Stars and Stripes, a US military newspaper. For the latter Tetsuo contributed articles on Japanese culture and travel.

A great fan of outdoor sports, Tetsuo is often to be found in his free time either surfing, free diving, hiking or camping. Always ready to travel overseas, his most recent trip took Tetsuo to Spain where he walked 250km of the Camino de Santiago. From time to time, he also volunteers his time to organises dolphin swimming events and camps for children of Fukushima, who are still affected by the disasters of 2011.

Tetuso joined Walk Japan as a Tour Leader in 2016. 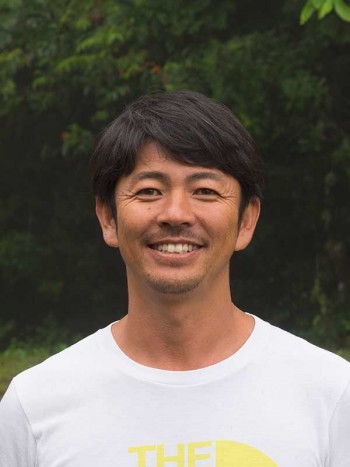