Jamie first came to Japan in the summer of 2000 as a university exchange student. Initially a Japanese-language novice, the daily one-hour commute negotiating the transport system into downtown Tokyo was his first invaluable lesson in coming to understand Japan and its language. Further hard lessons learned in the metropolis were followed by a farm stay in the deep countryside of Shimane, west Japan, which helped Jamie rapidly develop and broaden his Japanese skills. By 2002, Jamie had submitted his thesis, based on interviews with Japanese motorcycle gang members, and graduated with a BA in East Asian Studies from Macalester College.

The following year Jamie returned to work in west Japan to teach English and international relations. After four years working in Hyogo and Okayama Prefectures, he joined the Peace Boat on a global cruise as volunteer staff, teaching English and leading challenge tours in the ports of call. After the stint at sea, he was determined to get his land legs back by cycling and hiking over 700km from Okayama to Tokyo, a journey that took him on his first trip along the Nakasendo Way.

Subsequently, Jamie’s career included roles as a co-ordinator for a global peace conference, a Tokyo bicycle messenger and also as manager of a guesthouse and event space in Tokyo’s mountainous hinterland. Further study has led to a Masters in Agriculture from Tokyo University of Agriculture and Technology in 2012. He now lives in the Kyoto countryside with his wife. When Jamie is not leading tours, he continues his research related to rural revitalisation projects and also works up a sweat tilling his own plot of land. 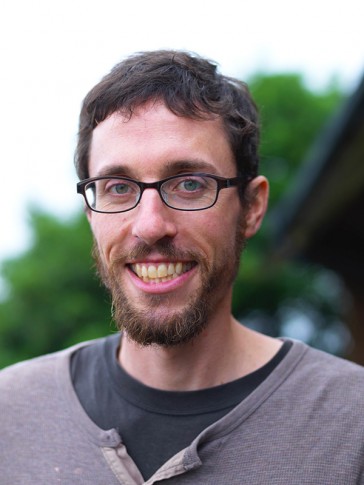