Ryo was raised in Kobe, a major port city that has been home since the late 19th Century to a large overseas resident population. His interest in the West and the English language was piqued at a young age by the foreigners living in his neighbourhood. This interest was only deepened by the Fortnum & Mason tea, Hershey’s chocolate and California oranges - all items rarely seen in Japan at this time - that Ryo’s father used to bring home from the shipping company he worked at.

Ryo moved to Tokyo to attend Meiji Gakuin University. Although he began studies in Economics, a yearning to pursue his first love led him to change his major to Music. It was during these student days that he first travelled abroad, to Britain where he attended a summer school at Edinburgh University.

Enthused by overseas travel, after graduating Ryo went to work in the travel industry. He joined a major Japanese package tour company and over the course of his career he took Japanese customers to more than 70 countries and represented his company in a variety of overseas postings including Singapore, Paris and Hawaii. While in France he took the opportunity to add French to his Japanese and English language skills. A later career move led him into a senior position at a trade body representing the Japanese travel industry. Much of his work during this time involved him utilising tourism to aid recovery in the Tohoku region of Japan after the tsunami disaster in March 2011.

Ryo plays the guitar and flute, and enjoys getting together with his old band mates from university to play Jazz, Bossa Nova and Country. He is also an enthusiastic golfer and has an intimate knowledge of the courses around the Tokyo area, where he settled with his wife. Ryo is known for his bright and cheerful personality. Friends and colleagues put this down to his roots in Kansai, an area known for producing many Japanese comedians.

Ryo, who is affectionately known as Tama-chan, - an abbreviation of his surname, speaks fondly of his time overseas and the kindness he experienced there. Now, he likes nothing better than to provide visitors with Japan’s famed omotenashi hospitality while introducing them to his country. Ryokichi joined Walk Japan in 2015. 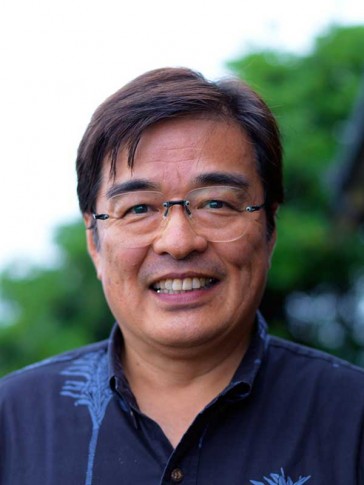