Born in Tokyo, Joichi moved with his family to Fukuoka, his father’s hometown in Kyushu, when he was five. During his formative years he visited Australia several times with his Australian mother and later, during his early teens, his family moved to the UK for a year. Life in England first prompted Joichi to consider Japan from a non-native perspective and think about his cultural identity. Sojourn completed, he initially continued his education in Japan but a desire to understand better his mother’s roots and cultural background led him to Perth in Western Australia, where he completed three years as a high school student. Joichi returned to Japan to study Business Management at Ritsumeikan Asia Pacific University at Beppu in Kyushu before beginning a career in the entertainment industry. Using his fluency in both Japanese and English he co-ordinated performances in Japan by artists from around the globe and was also engaged on promotional events held at temples, shrines and projects emphasising sustainability. Introducing overseas performers to Japan first awakened Joichi to the pleasures of revealing Japan’s distinct way of life and culture to overseas visitors. In 2013, having developed a strong interest in outdoor activities Joichi decided to change career and moved to Hokkaido in order to pursue his favoured sport of backcountry snowboarding. He earnt his living as a snowboarding instructor and salesperson at an outdoor equipment company, and also volunteered on projects conserving local river and ocean environments. In 2016, he returned to Kyushu, where he continued this work at the outdoor equipment company's local shop and on riparian preservation in Nagasaki Prefecture. Joichi lives with his wife, two sons and pet dog in Fukuoka. When not on tour, he enjoys tending to his family’s vegetable plot, camping with his family, discovering and luxuriating in onsen hot springs, and eating al fresco, especially meals composed of locally grown or foraged foods. Now that he has a young family, he cannot pursue his snowboarding, nor his other favoured interests of surfing or fly fishing, as much as he used to, but still endeavours to spend as much time exploring nature as he can.

Joichi joined Walk Japan as a Tour Leader in 2019. 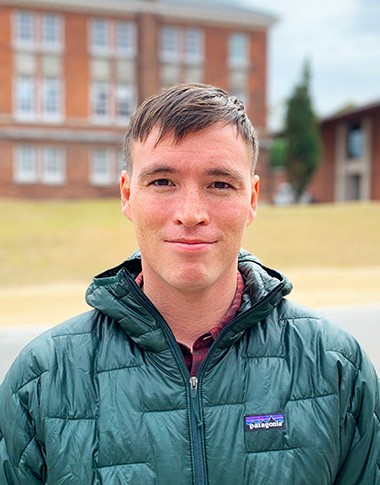