Although born in Yokohama, at the age of two Yuta moved with his family to San Francisco, where his father established a branch of the family’s car repair business. Yuta spent the rest of his childhood through to young adulthood in California. During his formative years Yuta visited Japan several times, the first at the age of nine, when his fascination for his country of birth began. He was particularly struck by the Japanese support for one another and their kindness to visitors. The many Japanese who came to his family home often related stories of their everyday life, which further intrigued him to the extent that he determined to live in Japan one day. In preparation, Yuta took up the study of his parents’ mother-tongue and voraciously read books on Japan, especially its history. After graduating in Business Management from the College of San Mateo, Yuta joined his father’s business, which had expanded into the import and export of cars and car parts between the USA and Japan. Amongst other duties, Yuta was responsible for taking care of and entertaining their Japanese clients. This led to his first experience as a guide when he found himself leading them around the sights of San Francisco, and to other places of interest including the Grand Canyon, Las Vegas, Los Angeles, and Lake Tahoe. In 2013, Yuta was finally able to realise his dream and returned to Japan. Although he readily found employment in the automotive sector, he admits that the Japanese’s unrelenting work ethic and business culture was not something he had expected. So, in 2017 he decided on a change of pace , giving up his job to enter Tokyo’s Temple University to gain a qualification in the teaching of English. During this time when not studying he used his free time to explore Japan’s Pacific coast, Yokohama, Saitama, Chiba, Atami, Hakone, and the Izu Peninsula by train, bicycle and on foot. Yuta relates that these adventures first showed him how much more there is to Japan beyond its major cities. Yuta now works part-time for a small, car import-export company in Yokohama, as a translator specialising in the automotive industry, and as a mechanic for a professional Japanese auto racing team participating in the Super GT and Super Taiyu Series. He also devotes time to a regular column in a national Japanese newspaper on business communication in English. Yuta lives in his city of birth, Yokohama, close to the city’s famed Chinatown. When he has time he enjoys taking road trips to explore other regions of Japan. He also snowboards, is a regular at his local gym, enjoys shopping for the latest hiking gear, and has recently began collecting model trains, especially the Shinkansen bullet trains.

Yuta joined Walk Japan as a Tour Leader in 2018. 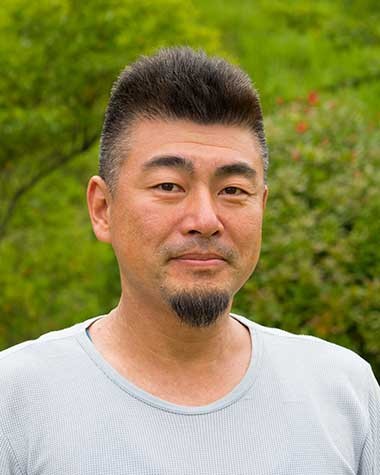