John travelled from Perth in Western Australia in 1978 to complete an undergraduate degree at the Tokyo University of Foreign Studies. He majored in Japanese classical literature and spent his university breaks walking, carefully retracing the classical travel diaries he was reading. These included Matsuo Basho's trail to the north of Japan and the ancient highway systems and pilgrimages of Japan. John went on to graduate studies in International Relations at the Australian National University and completed an MBA from Melbourne University.

John began his career at the Australia-Japan Research Centre in Canberra, before joining the airline industry to establish a new route into Japan for an Australian airline. He followed this in the chief executive role at a Japanese subsidiary of The News Corporation. During this time he was involved in the establishment Sky PerfecTV!, a major satellite television broadcaster in Japan.

Since returning to live in Sydney in 2003 John has spent his annual winter months walking across Australian deserts with a camel operation. He has continued his interest in matching texts about ancient history, natural history, and contemporary history with his walking. Each year, in the spring and autumn, he has been re-visiting many of the walks he made in Japan as a student.

In 2010 John was awarded an Order of Australia for his support of Australia-Japan cultural and business links, and for supporting young artists and arts institutions. He is a licensed tea master of the Omotesenke School and joined Walk Japan as tour leader in 2011. 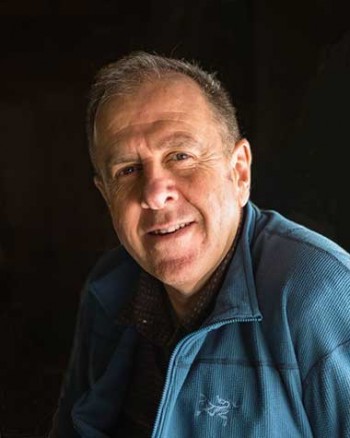