John was born and brought up in Emerald, a small town in Queensland, Australia. His interest in Japan was sparked at the age of 10 when he read Sadako and the 1,000 Paper Cranes and by a Japanese student’s visit to his school. To satiate his new interest in things Japanese John then read James Cavell’s novel Shogun and joined his local karate club.

After achieving a first dan black belt at the age of 15 John won a place to continue his karate practice in Mie, a prefecture in central Japan. Although only a week-long stay, the discipline of his training, the beauty of the countryside and peacefulness of the temples and shrines created in him a lasting impression and the strong desire to return to Japan one day. Once back in Australia John wanted to learn the Japanese language but as the opportunity was not available in his hometown he was initially thwarted.

Three years later, John returned to Japan as a Rotary Youth Exchange student and, by coincidence, found himself once again in Mie, where he was sent to live with host families and attend a local Japanese high school. He finally began studying the Japanese language, gained a taste for Japan’s cuisine, found himself immersed in the local society through a whirl of cultural activities, visits to temples, shrines, castles and museums. John relates that he found it a life changing experience, something that has endured through to this day and is reflected in his enthusiasm for and appreciation of Japan.

John returned home to pursue his interest at Griffith University in Queensland, where he studied the Japanese Language, History and Culture. While a student he began his career in tourism as a Japanese-speaking tour guide and over the next 10 years John split his time between the Gold Coast, Cairns and Uluru focusing on ecotourism to UNESCO listed destinations.

Subsequently, John joined an Aboriginal tour company at Uluru. For the following decade he lived with a senior elder of the Uluru family, learnt their language, Pitjantjatjara, became a member of the tourism consultative committee for Uluru Kata-Tjuta National Park and was involved in many related TV projects including documentaries for the BBC and NHK, the Japanese public broadcaster. From time-to-time he was also interpreted for some eminent visitors such as the Prince and Princess of Wales and Oprah Winfrey.

John met his wife, who was visiting from Japan, in Uluru and their marriage brought him back again to Japan in 2015. They now live together with her parents in a small mountain village on the Izu peninsula, near Mt Fuji. He has quickly settled into local life becoming a member of the tourism association, volunteer emergency worker with the community’s fire brigade, and a practitioner at the nearby karate club. John and his wife have also established an English school, where he teaches local children when not leading tours. 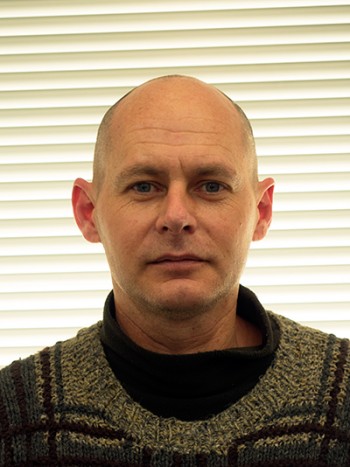