Rhys was born in Orange, New South Wales, but lived a semi-nomadic childhood as his family moved from town to town across the state with his father’s work. By his early school years they were settled in Coffs Harbour but later moved on again to Wagga Wagga, where he attended middle and high school. This roving life sparked an interest in Rhys on travelling beyond New South Wales and Australia.

On finishing high school Rhys made his first trip overseas to Christchurch, New Zealand before beginning studies at the University of Canberra. He majored in Advertising and Marketing with a minor in the Japanese language. Rhys says that although he had made little progress with compulsory French classes at school, he was determined to learn a language and chose Japanese. His choice was influenced in part by a childhood absorbing Japanese cartoons and video games.

Rhys's travels took him around Asia with his first visit to Japan in 2012, when he undertook an intensive, month-long Japanese course at Ritsumeikan University in Kyoto. His studies also included an introduction to Japan’s traditional arts and crafts and he particularly appreciated dyeing, ceramics, and the dancing skills of geiko and maiko entertainers. In between his studies, Rhys often enjoyed wandering by himself throughout the city, which he found beautiful particularly its exquisite gardens. At this time he fell in love with hydrangeas and to this day relishes the rainy season when the flowers are at their most vibrant.

Completely enamoured with Kyoto, he booked another visit to Japan as soon as he arrived back in Australia. On graduating, he was accepted onto the Japan Exchange and Teaching (JET) Programme and was posted to Tsushima on the outskirts of Nagoya to teach English to elementary and middle school students.

Rhys’s suburban life, however, made him hanker for the outdoors, which he had taken for granted in Australia, and developed a particular interest in hiking. Whenever he had free time Rhys explored trails on Shikoku, the Izu Peninsula and Kyushu. He also explored the Nakasendo Way, which was how he first came across Walk Japan.

Rhys now resides in central Tokyo and cycles to work at Walk Japan’s Tokyo office to avoid a crowded commute his rural upbringing could never have prepared him for. He enjoys bouldering, yoga and visiting Japan’s plethora of art galleries. Rhys is also a proficient distance swimmer and baseball player and likes to visit the pool or batting cage as often as he can. A keen amateur thespian since his high school years, his only regret about life in Japan is that he has little opportunity to appear on the stage.

Rhys joined Walk Japan’s Customer Service in 2016 and quickly became the team manager. From 2019 he now combines this work with being a Tour Leader. 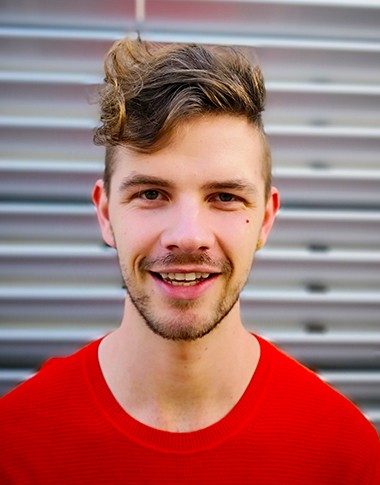